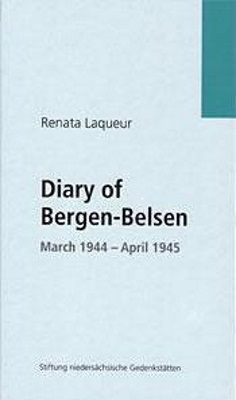 On November 3, 1943, her 24th birthday, Renata Laqueur and her husband Paul Goldschmidt were ordered by the German Occupying Force to appear at the former "Dutch Theater" in Amsterdam. They were transported first to Westerbork, and then on March 15, 1944, to Bergen-Belsen. At that time, Bergen-Belsen was considered to be a "preferred camp" where prisoners were treated well. Upon arrival in the camp, however, they learned what Bergen-belsen was really like.

The original diary, scribbled in a black school notebook, has been preserved at the Bergen-Belsen Memorial.

Renata Laqueur, The Story of My Diary from Bergen-Belsen.