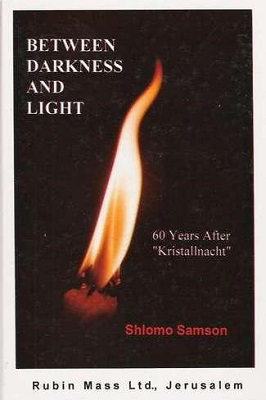 Between Darkness and Light

Shlomo Samson was born in 1923, in Leipzig, Germany. A short time after „Kristallnacht“ , he left for Holland and was there until October, 1942. In Holland, he was in Gouda and Elden at Pinoneer Training Camps („Hachshara“), preparing for „Aliya“ to Israel (then Palestine).

The members of the „Hachshara“ program in Elden were transported to Camp Westerbork in Holland and from there to Bergen-Belsen. Close to the time of the liberation of Bergen-Belsen by the British Army, the „Hachshara“ members were loaded onto a train that crossed Germany from the west to the east. On April 23, 1945, they were liberated by the Red Army near the village of Troebitz, not far from Leipzig. After a short time, they returned to a free Holland. There, Shlomo Samson registered for „Aliya Bet“. After waiting on a Hachshara farm in the south of France, he arrived in Isreal (Palestine) on the illegal immigrant ship „Tel-Hai“ in March, 1946.

After a short internment in the Atlit camp for „illigal“ immigrants, he joined Kvutzat Shluchot, whichat that time was near Pardes Hanna, preparing for ist settlement in the Beit-Shean Valley.

The memories and eye-witness reports up to this period in his life are the events in this personal account of the Holocaust. 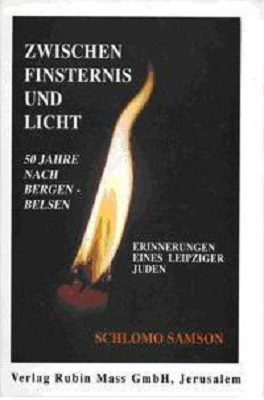